Call of Duty Modern Warfare 4 appeared on the horizon!

All eyes were turned into a new Call of Duty game after Call of Duty Black Ops. Reddit, according to information obtained from sources close to the company, the next game of Call of Duty Modern Warfare 4 was claimed to be.

Call of Duty Modern Warfare 4 can be introduced this year!

It is claimed that millions of Call of Duty fans are waiting for their curiosity, but they can be officially announced on E3 2019, which was not announced until now. If you remember, in the past months with the allegations made in the series of another game of Ghost 2’ın was introduced to the market was put forward. 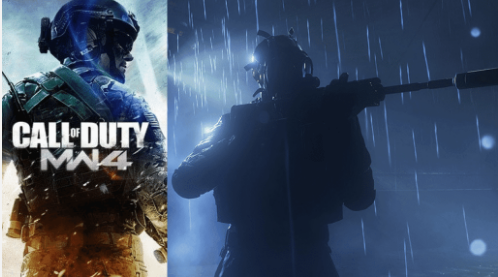 However, Sony’s recent success in offering the PS Plus members a free remastered version of Modern Warfare 1 is also strengthening these claims.

In line with the information obtained from Reddit and the sources close to the company, Call of Duty Modern Warfare 4 will be introduced at E3 2019 this year. Of course, for now, it is worth mentioning that this is all a hypothesis.

As you know, we couldn’t see what happened to Captain Price after CoD MW3. In other words, while the filmmakers have a very good start with the Black Ops 4, they are able to bring the output of the highly anticipated CoD MW4 to the market.

In addition, it is claimed that CoD Modern Warfare 2 will be re-developed just like in the first game.

Well, do you think Activition introduces Call of Duty Modern Warfare 4 on E3 2019? You can share your ideas about this in the comments section below.

Facebook Google
or
Don't have an account?
sign up
Back to
log in
Facebook Google
or
Back to
log in
Choose A Format
Personality quiz
Series of questions that intends to reveal something about the personality
Trivia quiz
Series of questions with right and wrong answers that intends to check knowledge
Poll
Voting to make decisions or determine opinions
Story
Formatted Text with Embeds and Visuals
Countdown
The Classic Internet Countdowns
Meme
Upload your own images to make custom memes
Video
Youtube, Vimeo or Vine Embeds